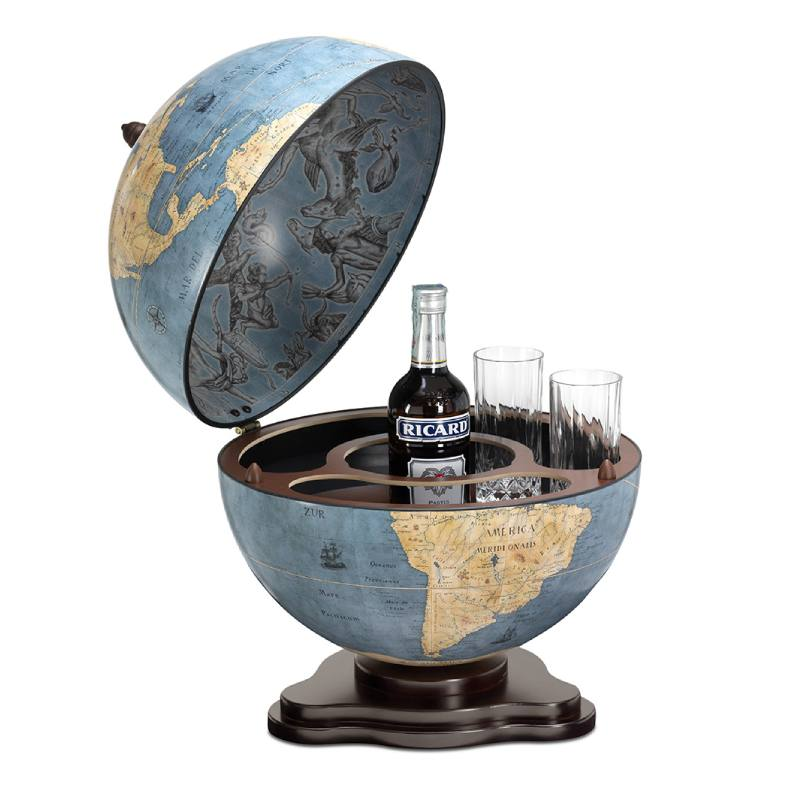 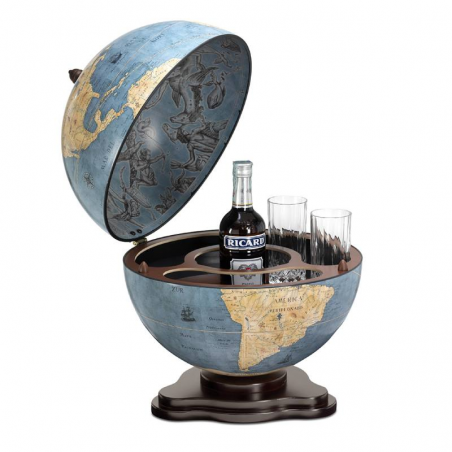 The new desk bar globe Galileo is a fine example of Italian craftsmanship. Based on a hand-drawn 18th Century map, the Galileo bar globe is ideal for limited floor space or as an alternative to the classic floor-standing bar globe. A standard globe drinks cabinet model with a chestnut stained wooden base. It holds 2 or 3 bottles and up to 9 glasses.

With this mini-bar you can store your favorite liqueurs and offer your guests a drink in an original way!

“The sun, with all those planets revolving around it and dependent on it, can still ripen a bunch of grapes as if it had nothing else in the universe to do.” (Galileo Galilei)

- Sphere diameter: 40 cm, the inner  compartment can accommodate up to 9 glasses and 2/3 bottles

- Galileo is ideal to be placed on a desk, on a shelf or on a coffee table.

- Perfect to give a touch of originality to your living room or office.

- It Decorates rooms in a classic style but does not exclude more modern locations.

- The "Galileo" globe is perfect as a gift idea to amaze. 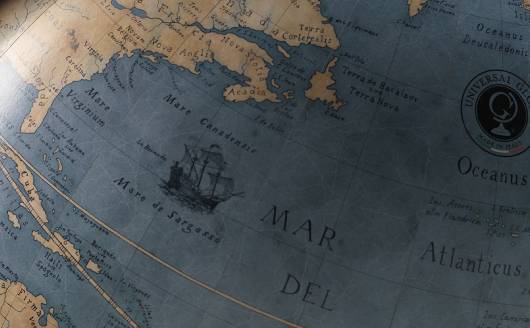 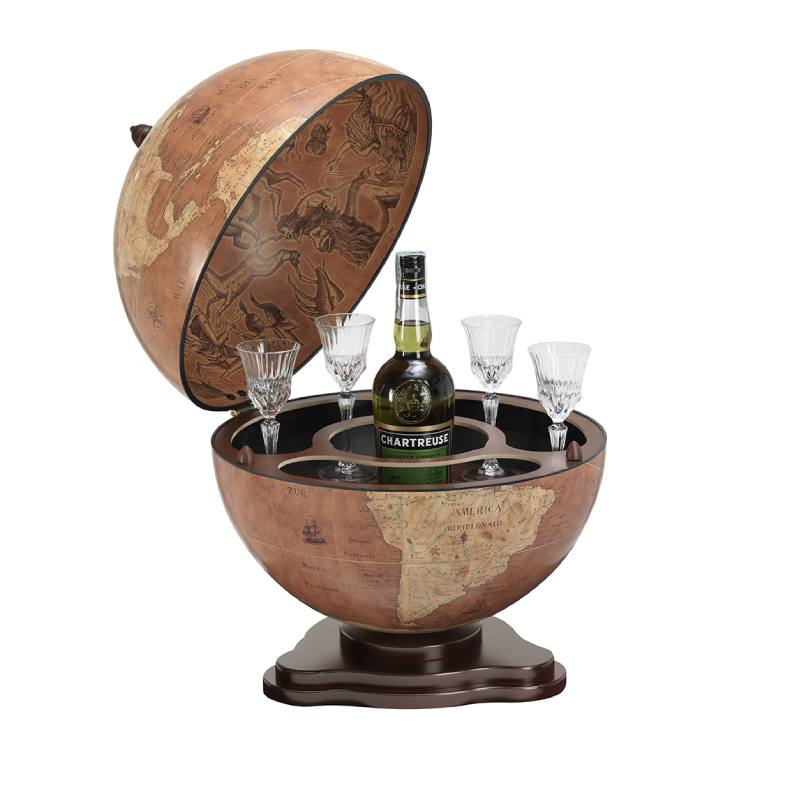