What you did not know about geographical maps

Geographical maps: they are something very familiar, which - just remember the geography lessons in elementary schools - refers a little to childhood. Planispheres, colored maps to highlight some aspects of the nations of the world, maps with which to marvel at the shape of the Earth’s surface: these are experiences that almost every person has lived, and remembers with pleasure.

However, these didactic and furnishing elements, so familiar and widespread, are not as obvious as someone could commonly think. Quite the opposite: the maps hide some very interesting curiosities and secrets, which we will talk more about in this article.

How big are countries really? 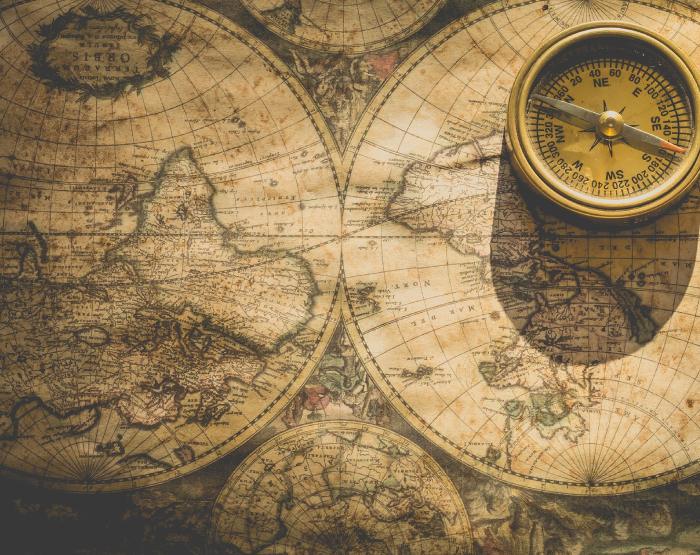 Earth is spherical, and reproducing the map on a plane - as in a planisphere - is very complex. Mercatore, a sixteenth-century Flemish scholar, conceived the representation of the world that we still use today, studying the angles so that they could accurately meet the needs of sailors. Unfortunately, this type of representation is very imprecise in terms of the size of the emerged lands: an unavoidable side effect of the representation of a sphere on a flat map!

The distortions of Mercatore’s representation make us perceive the world different than it really is. To rebalance the size of the various countries and visualize them in a more truthful way, it is important to remember that, the farther you go from the Equator, and the more the perspective distortion magnifies the lands. Likewise, the closer you get to the Equator, the smaller the nations get.

Greenland, for example. On the planisphere, it seems enormously larger than Europe, yet its real size is hardly larger than the European continent: a strip of land from Berlin to Tunis, roughly. Even Alaska: despite the apparent colossal size, it has an area equal to (about) 3 times Italy. North Korea is also quite surprising: in a map, it would occupy the area from the Alps of North Italy to Caserta, approximately.

Ancient maps collection: which is the biggest one?

Ancient maps are a real treasure: in addition to being works of great artistic and aesthetic value, they are real instant photographs capable of transporting us into the vision of the world of the time. It should therefore come as no surprise that the most important museums in the world have extensive collections of maps from various eras.

The largest collection is certainly that of the United States Congress. We are talking about around five million pieces: an incredible number!

However, bigger does not necessarily mean more beautiful: the collection of the Bibliothèque Nationale de France was assigned with this title, which consists of just 36 thousand pieces of absolute value.

Moving away for a moment from the field of planispheres, it be worth remembering that in Nuremberg, in the German National Museum, there is Erdapfel: the oldest known globe in the world. Moreover, even Italy has much to offer to lovers of cartography: the Sala del Mappamondo, in Palazzo Vecchio, Florence, preserves one of the oldest and most spectacular globe.

Ancient planisphere: how are they realized? 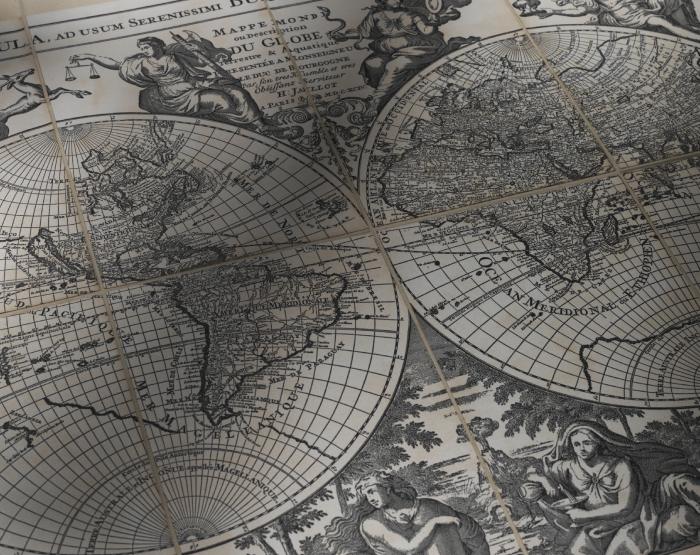 Even today, ancient planispheres exert an irresistible attraction. Their particular colors, and the style of the original and timeless illustrations, make them refined furnishing elements and able to embellish any environment. The historical value of an original print is undeniable, but even the contemporary reprint of an ancient map can give a glimpse of the vision of the era. It will be possible to preserve ancient urban views, city maps, entire planispheres or celestial vaults as they could be observed at the time.

These reprints of vintage maps will enrich the home or work environment with design and elegance, telling a story that deserves to be heard. Their historical relevance is undeniable!

Zoffoli, to offer a quality product and able to really convey that ancient feeling, has chosen a printing system on cotton paper with manual press. The planisphere, in this way, will not be simply printed, but also partially engraved by the press, and the color versions will be entirely hand-painted. A fine finish that is very close to the period workmanship and that returns all those particular sensations given by an object of great historical value.